If you want to know how plastic is made, especially single-use plastics, you’re in for a treat. We know that the world’s plastic problem begins with production and, eventually, plastic distribution for commercial and industrial use. How does this material come to be, anyway? Today’s blog will try to answer these vital questions about plastic, especially “how are plastics made?”

What Is the Main Ingredient in Plastic?

Plastic is a derived material from different sources. Plastics can be manufactured from various materials, including coal, cellulose, natural gas, crude oil, and salt. Crude oil is the original material for creating plastics.

Plastic came to be because humanity needed a strong material that mimicked naturally-occurring materials like wood. Like wood, plastic is also composed of a molecular structure with high-density layers that made it durable and best for many functions and products.

How is plastic made?

The most common method of creating plastic is by distilling crude oil into layers called fractions. Heavy crude oil isn’t just oil – it is made up of thousands of different components that have to be separated if you want to obtain a particular class of petroleum products.

Oil refineries are tasked with performing the purification and separation processes. The process is complex on a chemical level, to be sure. One of the major fractions produced by the refining of crude oil is called naptha. Naptha is one of the core ingredients for creating plastics.

During the refinery process, propane and ethane are also produced and are further processed to become propylene and ethylene. These materials are then refined again to produce the various polymers used in creating different plastic products. Propylene and ethylene are called monomers, and when they are first produced, they’re like detergent powder. A catalyst is added to this white fluff. Heat is added to the equation. The powder is melted and then pushed into extruders. As the material is pushed into the industrial extruders, they begin to cool and harden. The long, hardened tubes are then chopped up and turned into pellets. The pellets are then shipped out to other manufacturing centers where they are destined to be molded into every conceivable plastic product, from plastic bottles to toys. 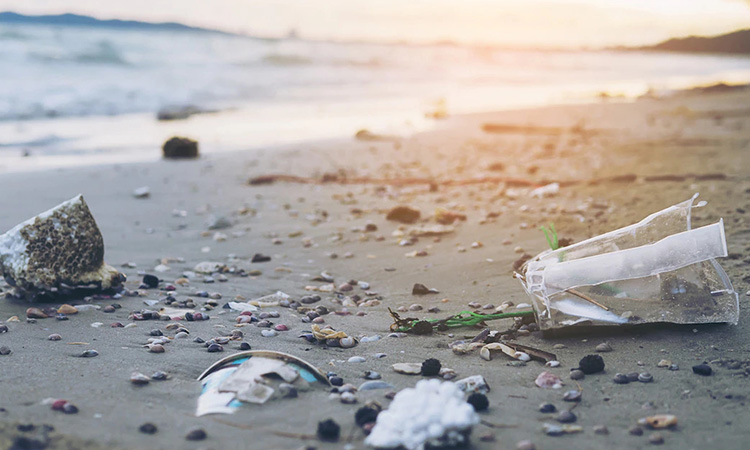 Why Is Plastic Harmful?

The main reason why plastic harmful is it doesn’t decompose, unlike other materials here on Earth. It just builds up over time. Not even the heat of the sun or the strongest hurricanes can remedy the presence of plastics. We are producing so much plastic that it has been estimated that trillions of plastic particles are now floating freely in the ocean.

And that’s not even counting how much plastic we have on land in landfills. It is estimated that 33% of all the plastic that has ever been created was designed to be used only once. Since we make tons of plastic per year, and the amount is still rising, it’s not surprising that the Earth and especially our oceans are suffering from it.

Another big issue with plastic is how it lasts forever. We say forever because the average human lifespan is no match for how long plastic stays intact. Since plastic stays around for hundreds of years, you can be certain that it will continue to cause harm to live things while it’s still there.

Plastic does have negative effects on human life. It has been proven that the toxic components of plastic have reached the food chain, the one where we belong, and plastic compounds are now in our blood and tissues, too.

It got there because we consume seafood that has already been tainted with plastic – specifically, tiny particles of plastic that have crumbled physically over time but have not been decomposed at the molecular level.

Terrifying as it is, plastic particles may be almost invisible to the eyes, but they can still cause harm when ingested. Plastic isn’t food, and it will never be digestible or safe to marine life or terrestrial animals. This is why plastic in living tissue has been alarming because it is becoming more and more common.

Plastic pollutes not just ocean water but also groundwater, too. How does this happen? Innumerable tons of plastic lay in landfills, and eventually, these break down to some extent, releasing toxic compounds. The toxic compounds eventually reach down to the soil and filter down – to groundwater sources.

Groundwater is one of the main ways that we get drinking water. This means that plastic waste is already polluting people’s drinking water supplies even before it is pulled to the surface. Purification processes aside, there is still a huge risk in drinking water with plastic compounds included.

Nothing lasts forever, and natural processes will eventually wear down, even the toughest rocks. If something came from nature (as in crude oil, which is used for making plastic), nature could also break it down.

Yes, but in the case of plastic, it takes far longer to decompose. The length of decomposition is so extreme that it appears that plastic doesn’t decompose at all. Bacteria is unable to break down plastic, or the majority of compounds found in plastic.

How Long Does Plastic Take to Decompose?

Plastic bags typically take about 1,000 years to decompose fully. We’re talking about single-use plastics that are used for marketplaces and groceries.

The PET bottles used for beverages estimate that bottles, on average, need half a millennium to decompose (about 450 years). So is using plastic worth it? We need to find better solutions for our needs because we are drowning in plastic.

There is some glimmer of hope – in science. Recently, plastics have discovered a strain of bacteria that can break down plastic. Additionally, different plastics that break down much much earlier are being researched and developed.