Will the new plastics economy be a good circular economy? We take a closer look at how the conventional plastics economy’s effects have produced the need for a waste-free design. Are bioplastics truly the answer to plastic pollution?

Why Must the New Plastics Economy Be a Circular Economy?

The conventional plastics industry is known for being a take, make, and waste economy. The plastics industry is synonymous with waste, and we already have trillions of tons of plastic waste in the oceans and on land. Scientists believe that if this will continue, plastic is going to be the most defining element of human civilization in the next one hundred years.

This is not good news because we still have to consider that plastic is not healthy for anything that lives. Plastic is also interfering with oceanic processes because more and more carbon is being released into the sea atmosphere instead of being carried down to the seafloor.

The new plastics economy should strive to be circular more than anything because our environment can no longer take the burden of having more plastic waste. The fossil fuel economy and plastics production are both integrated sectors, and they are both harmful to the environment.

All polymers produced from fossil fuel sources are not biodegradable, and they pose a risk to human health and safety wherever they may be. Every day, people use tons of plastic as it has become a necessity for a healthy life. However, the accumulation of these plastics is a huge risk to the environment. It’s a good thing that bio-based plastics show signs of life, and they seem to be a much better alternative to the new plastics industry. Bio-based plastics are durable and mechanically sound, and they can be used for a variety of production lines.

The idea of biodegradable plastics was a pipe dream before the large-scale efforts in creating biopolymers.

The largest hurdle was the fact that manufacturers had to come up with a type of polymer that would eventually disintegrate to water and carbon dioxide, and not much else. And for something to be truly useful to humanity, the new plastic must also be free of the common toxins present in regular plastics.

There’s a big reason why there is much concern about the potential toxicity of plastics. We put our food in plastic bags, and our microwave-friendly dinners are also covered with plastic. In recent years, it has been found out that heat does disintegrate even the food-safe plastics, and these food-safe plastics are prone to leaching or releasing toxins to the surrounding areas.

In short, it’s not so safe to assume that you are not eating toxins that are associated with plastic when the plastic you use disintegrates due to heat or age. Bioplastics are different because, foremost, carbon sequestration happens during the manufacturing process, and bioplastics do not contain the same harmful toxins associated with conventional plastics. Bio-based polymers (the pure ones) that don’t have dyes and whatnot are very toxin-free, though not very nutritious if you are thinking about eating them. 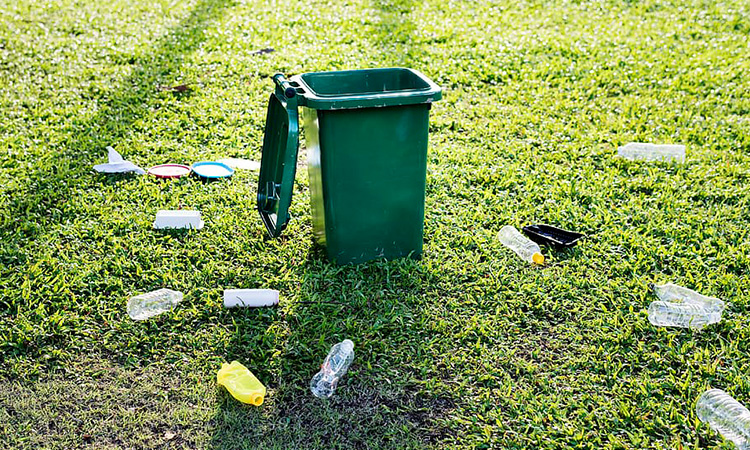 What Is a Circular Economy System?

Though the one hundred percent elimination of waste is not always possible, a circular economy discourages the production of highly dependent products on non-renewable sources. This economic model recognizes that economic activity needs to be focused on all parts of the economy, not just the producers and the consumers. The circular economy system is focused on a very large, systemic shift that involves many key players in the system. While no system is ever perfect, the circular economy system, if applied adequately to the plastics industry, would mean that the horrendous quantities of waste associated with conventional plastics can soon be eliminated, and we can look forward to a much better environment too.

What Is an Example of a Circular Economy?

A ballpark figure suggests that maybe 20% of all the plastics produced throughout the world are recycled. That leaves a gaping 80% still unaccounted for. This gross amount of waste is found in incinerators, landfills, and our oceans.

This economic system is very bad for the environment and will likely continue to be the leading cause of oceanic poisoning and pollution. It’s different with the bioplastic’s economy – the bioplastics economy magnifies the need for the bioplastics to be collected properly and then turned back to industrial composting facilities to be turned to compost.

Compost is harmless and is simply a material for growing new plants. This is an awesome way to return the plastic to where it once was – the earth. Bioplastics are manufactured from organic feedstocks derived from organic biomass, too. It only fits that it be returned to where it was once. What’s more is once the plastic is finally composted, the carbon dioxide is released to the earth, and the water is also liberated from the degraded bioplastic.