Is it possible that bio-based products will eventually replace petrochemical-based plastics? This has been the biggest question since the dawn of plastic. And will trillions of tons of plastic now be on the Earth? What is the next step forward?

Bioplastic products are a rising alternative in the world of resins. The global manufacturing sector is working hard to increase the total output or yield of bioplastics annually. Humans have manufactured 18 trillion tons of plastic since the 1950s, and almost twenty billion tons have found their way to the seas and oceans. Conventional plastics or resins are problematic for ocean life because they are often mistaken for food or serve as snares that capture fish and other marine life. Due to severe plastic pollution in the oceans, microplastics and nano plastics are now found in the flesh of fish and other seafood, and this means plastics are finding their way back to our plates. And not only that – since nano plastics are so small, but it’s also even found in sea salt, which is directly taken from the sea and evaporated.

With all of the things that we are learning about plastic and how it harms the environment, it’s no small wonder that the public and plastic manufacturers are leaning toward producing biodegradable plastics that will be less hard on the environment. The most common derivatives for bioplastics are PLAs and PHAs. These derivatives are mechanically strong and can match the durability of conventional plastics. As such, they have specific requirements when it comes to degrading into component molecules.

Not all bioplastics are biodegradable, and bioplastics still need to be brought to a facility where they can be processed properly to be broken down properly. So, whenever you buy anything with bioplastic in it, don’t expect the bioplastic to break down like wood or anything else that is truly biodegradable or organic. It doesn’t work that way. The processing of bioplastics makes them resistant to breakage, and the plastic only begins to break down at a specific temperature and with the addition of the appropriate bacteria. That’s why the right facilities are required to make sure that these bioplastics don’t mess up the environment, the same way traditional plastics do. But truth be told, bioplastics are awesome for a variety of reasons. Bioplastics are now used for medical devices and tools, including suturing threads. They’re cheaper to manufacture, and there’s also less CO2 involved in manufacturing bioplastics. They’re better for the environment in the sense that there is a big chance that they can be degraded properly after some time, even if it’s not so fast. The usual period is a few months from the moment the degrading process starts. Compare this to 500 years or more, and you begin to see what we mean. 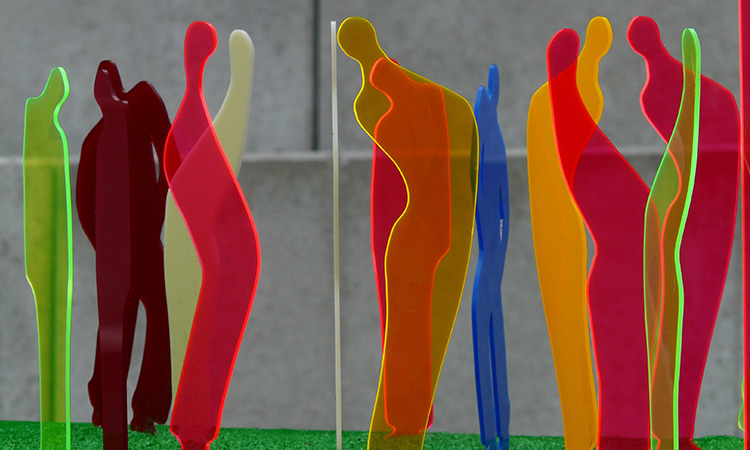 Are Bioplastics a Good Alternative to Traditional Plastics Claim?

Why are bioplastics a good alternative to traditional plastics?

The ethical argument for bioplastics is the lower carbon footprint involved in their production and that manufacturers no longer have to use fossil fuel to produce them. A whopping eight percent of the world’s total oil production is used for producing plastics. The great thing about bioplastics is they won’t add to the total carbon imprint that is affecting the environment. Instead of releasing the carbon, the carbon is relegated to the ground, where plants can take advantage of it. Theoretically, this is very sound and is a strong argument for sticking to bioplastics as an alternative to conventional plastics.

Is there any downside to bioplastics? There is one particular downside that is worth mentioning here – it’s the fact that when we start producing a lot of food crops for bioplastic production, there is going to be an impact on the environment, too. Using large tracts of land for producing more sugarcane and corn will eventually produce pesticide and fertilizer runoff, which are deadly for waterways and the land, too. The land will eventually be diverted to bioplastic production, and there’s always a shortage of land for food production. The land is life – it’s what you need for all kinds of agricultural production. It begs the question – should we be more focused on crops for producing resins or for food production.

However, there is a pushback of sorts against this argument, and it has something to do with how bioplastics can help everyone from an economic point of view. As you may know, oil is mostly concentrated in a few regions of the world. With bioplastics, everyone can benefit, especially those in the rural regions. It’s something that will help people earn more, especially when bioplastic production truly increases.

Is Bioplastics a Good Alternative to Plastic?

In a nutshell, yes, they are. The argument for bioplastics has everything to do with the fact that as long as they are collected properly, they can be reduced to their constituent components, and that’s a big help for the environment. However, much still has to be done with producing more of them and making people aware of the benefits. Total world production still does not represent a big chunk of bioplastics. We are still largely dependent on conventional plastics, which are not biodegradable and are known to cause harm to everything it touches, including humans.

What Is the Best Alternative to Plastic?

There are many types of bioplastics already in use in the world. The most common are the resins produced from the fermentation of carbohydrates from sugarcane or the type manufactured from corn’s starch. Bioplastics end up in various ways, depending on where it is disposed of in the first place. For countries with no large facilities, it will likely end up in a landfill like conventional plastics. Depending on the conditions of the landfill, they may still biodegrade over time. Bioplastics can also be recycled if there is a facility that can handle that. And finally, there are the composting facilities that will turn plastics into literally carbon dioxide and water. This is the best place for these bioplastics to stay.