Does our exposure to plastic affect our hormones? We take a close look at the chemicals that leach from plastic to food and the environment to see if they can trigger harmful effects. Plastics surround us, so it’s only normal to think of how all this plastic is affecting us all.

How does plastic affect hormones?

From estrogen-free water bottles to estrogenic chemicals in plastic, it appears that we are thoroughly surrounded by materials that can mess up our internal mechanisms. But how dangerous are plastics, anyway? We take a closer look at the potential health problems that people might encounter from exposure to plastic, including the so-called BPA-free plastics that are now being marketed as the healthiest alternative to other kinds of food-grade plastics.

Is Plastic a Hormone Disruptor?

Yes, plastic is considered a hormone disruptor, and frequent exposure to different kinds of plastics poses long-term risks to both males and females. Endocrine disruptors are defined as compounds or chemicals that can either mimic the functions of naturally-made hormones in the body or interfere with hormones’ actions or effects.

The endocrine system is the first system that gets hit by hormone disruptors. In recent years, researchers have linked hormone disruptors with many medical problems, including those that affect the immune system, reproductive system, and the normal development of the human body, among many other things that may have been caused by these chemicals.

It’s not just plastic that is causing these disturbances in the body. Science points at many other common surfaces and materials that we come into contact with every day.

Some examples of these surfaces are the liners used for food cans and tins, detergents that we use for laundry, materials, and chemicals used as flame retardants on clothes and construction materials, some types of food, certain brands of cosmetics, and of course, pesticides.

Pesticides still pose a risk to humans because of residual pesticides found in fruits and vegetables. No matter how much you were fresh produce, there will always be some residues leftover. Plastic is becoming a clear threat to humans, not just because we as adults are exposed to plastics more but because plastics also leach out to baby formula and baby food. Plastic toys are also problematic because children hold them all the time and sometimes put the plastics in their mouths.

Are There Hormones in Plastic?

To put it simply, plastic does not have natural hormones the way human bodies do, but researchers have discovered that plastics contain xenobiotic chemicals. Xenobiotic chemicals sometimes produce estrogenic activity in the body when ingested.

BPA or more commonly known as bisphenol A has been touted as one of the biggest sources of xenobiotic chemicals in the world of plastic. What’s dangerous about plastic is it can interfere with the normal development of the human body, especially during infancy.

Due to the health concerns associated with bisphenol A, plastic manufacturers have shifted to producing clear resin plastic that does not have bisphenol-A. However, simply removing the chemical does not mean that these newer plastic resins are safe for humans, especially babies, who depend on plastic bottles for formula milk.

One study revealed that the newer plastic resins with no BPA are still leaching or releasing xenobiotic chemicals despite all precautions. Like the ones released by bisphenol A, these xenobiotic chemicals also produce estrogenic activity in the body. Furthermore, the researchers observed this happening across a wide range of plastics, from Tritan to acrylic. The safest plastics, according to the study, are glycol-modified PE plastics and cyclic olefin plastics. 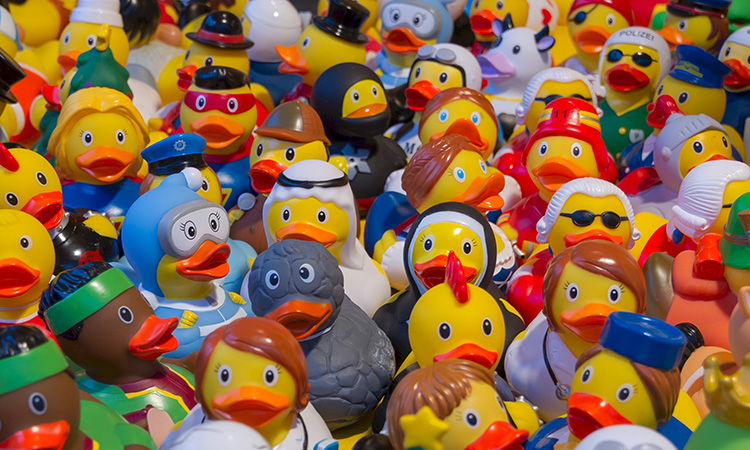 The release of the estrogenic chemicals was tested under different laboratory conditions, leading us to conclude that there is a higher need for caution when buying plastic items for our children because they are still basically exposed to the same chemicals that we thought we escaped when we avoided plastics with BPA.

How bad is the estrogenic activity of these chemicals? One study showed that human breast cells rapidly multiply in the presence of these chemicals. Simply mimicking the female hormone can cause massive disorganization in the body, which can later lead to diseases. Certain events promote the leaching of plastic chemicals to food and the environment in general.

Heat and pressure are two stresses that seem to release the chemicals more quickly. Microwaving, which causes a steady rise in temperature in the food, can just as easily stress the chemical stability of plastic, leading to the release of these dangerous chemicals. Other potential stressors that can cause estrogenic chemicals release include the UV rays from sunlight, combined with the heat of the sun, and the basic methods in sterilizing baby bottles.

What Are the Effects of Plastic on Humans?

It’s not true that plastics don’t have any effect on humans. The present research has shown that ingestion and inhalation of microplastics can produce observable effects on the body, including genotoxicity, cellular death or oxidative stress of tissues, and even necrosis.

Additional health problems linked with plastic exposure include heart disease, cancer, and type 2 diabetes. In short, the microplastics that we inhale and ingest all play a role in weakening our bodies, leading to poorer health and shorter lifespans.

It appears that the plastic estrogen myth was not a myth, after all. BPA or bisphenol A disrupts hormones and is touted as a big risk factor, especially if small children and infants use the plastic. Parents must be aware of the type of plastic they buy when buying toys, cups, and baby formula bottles.

While some people write off the effects of plastic as being minimal, everyone needs to realize that the small changes in one’s hormone levels will have a long-term impact later on. Doctors warn against being too complacent about exposure to plastic, as we still don’t know what could happen to people.

Certain risk factors have already been identified, and they all point to severe health conditions. These health conditions appear to be irreversible and chronic, so it’s best to heed the warning against plastics.