Bioplastic production is affected mainly by market conditions and demand—the more demand for it, the better the production values and the stable the long-term costs. Find out how this rising circular economy works in today’s blog.

How much does it cost to recycle plastic? Plastic recycling costs depend largely on the country and state. Government-sponsored recycling facilities have state backing and can absorb nonprofitable batches more easily.

People often ask about the cost of plastic alternatives because they also want to know if the bioplastics economy is viable and if it something that can support the manufacturing sector when more and more countries adopt it. Biodegradable plastic from starch has been around for a long time. Yet, the adoption rate (market-wise) has been very slow, probably because many manufacturers have not adopted new manufacturing schemes that will allow them to sequester the biomass as the plants are growing. Bioplastic research continues to this day to ensure that humanity will continue to tap newer avenues for raw materials. We can advance bioplastics until plastics are no longer a threat to the environment.

What Is the Difference Between Plastic and Bioplastic?

The main difference between plastics and bioplastic lies in how they were manufactured first. Traditional plastic produces derived from fossil fuels, and the only way to get rid of them is to burn them. Burning plastics is not a good idea because it adds so many harmful gases into the atmosphere, including carbon. Burning plastics will pollute the air and cause respiratory diseases in communities around the site of incineration. If nothing is done to the plastic, there is no other choice but to place them in a local landfill. Landfills are a good idea if you want to separate garbage from residential zones. However, when can landfills accommodate solid waste? And do we accumulate the plastic there and not do anything about it? This is the biggest question with solid waste management because we can’t keep storing plastic on land forever. As for the rest of the plastic waste, some also reach the ocean eventually and break down physically. The physical breakdown of plastic in the sea is even more problematic. As plastic is shattered into ever smaller pieces, even the smallest marine organisms like plankton have been seen to consume the said plastic particles. What happens to the smallest marine animals will have a net effect on the largest animals, too – up to the whales and sharks.

These are all very dire scenarios indeed, and that’s where the biopolymers come in. To be clear, biopolymers are not miraculous plastics. They have to be mechanically durable, so they won’t break down just because we are not using them anymore. But the difference lies in what we can do to reduce their impact on the environment. There are three classes of biopolymers that are currently in the market today. The most common class of biopolymer is the degradable class. These polymers are designed to break down quickly physically. In theory, they might help a little with solid waste management because there’s less space to occupy after the physical breakdown. However, it’s important to consider that the chemical stability of these degradable plastics is still up even during the breakdown, and they’re no decomposing as many of us would think.

Ideally, all kinds of compostable and biodegradable plastic products should be brought to the right facility to be taken care of properly. Otherwise, the main advantage of using bioplastics would be defeated. And finally, we have compostable plastics. Compostable plastics are treated in facilities that use the same technology to compost food waste. The compostable bioplastic is rendered inert, and the sequestered carbon is added to the earth to be used once again by plants in the cycle of life. 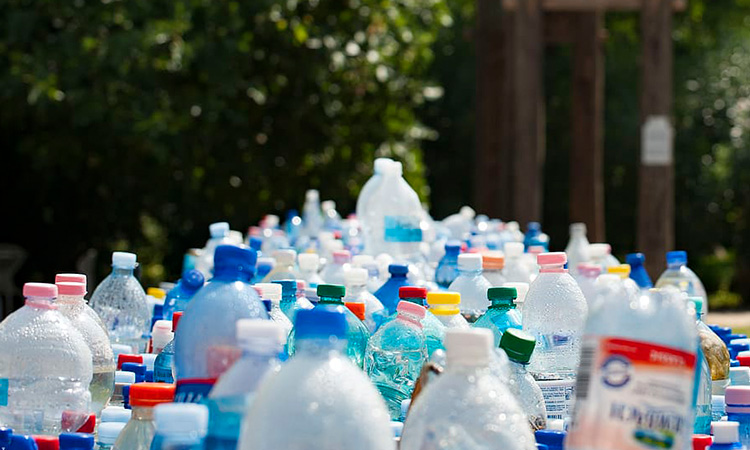 Is Bioplastic Cheaper Than Plastic?

Bioplastic is not exactly cheaper than conventional plastic at the current rate, but experts believe that they can eventually level the cost to the cost per barrel of crude oil. Suppose biopolymer manufacturers can produce at the cost of conventional plastic and extract the necessary biomass. In that case, we can expect the coming decades to have a steadily increasing supply of bioplastics.

Bioplastics can be as cheap as plastic, and because of it, adoption will become even more widespread.

Nothing will be in the way of full-scale adoption over other territories, especially territories that can dedicate portions of their land to sugarcane and corn production. These are the two main sources of organic biomass for biopolymer production in the world today, so it’s very viable in places like the US, where multinational produces as Cargill has already developed genetically modified corn to produce much higher yields. So, from the point of view of the evolving circular economy, bioplastics are already a done deal, and they’re sustainable in many ways because they are derived from common, renewable sources that we have always had.

How Much Does Bioplastic Cost?

Bioplastics’ cost shifts over time, but the average cost can be anywhere from $2-$7 per kilogram. So, the bioplastic price per ton will shift from $2,000 to $7,000 per ton, and this will depend on what type of bioplastic we are talking about in the first place.

Currently, the market share of bioplastics is still in its infancy, as it takes only one percent of the total global market share of plastics. Much still has to be done in normalizing the idea of using bioplastics. There is also a lot of resistance with manufacturers who are always under pressure to provide the lowest possible cost and the most quality and value. But then again, as more and more manufacturers adopt bioplastics, we will start seeing a lot of improvement with these prices. As we discussed earlier, the cost of bioplastics will continue to level with the prices of fossil fuel-derived, conventional plastics.

11 thoughts on “Bioplastic Vs. Plastic Price: What’re the Factors to Affect Their Cost?”