Biodegradable polymers have been around for 50 years, and yet, adoption is still low. How can we help save the planet with plastic that turns to CO2 and water?

What Are the Examples of Biodegradable Polymers?

However, this group is controversial at best because it only mimics decomposition. Oxo-biodegradable plastics may not decompose into inorganic salts, water, carbon dioxide, and nitrogen. For the most part, these materials are only broken down into smaller and smaller pieces over time.

The next group of bioplastics is derived from petroleum, with some exceptions. For example, some manufacturers combine polymers with organic materials such as plant cellulose. Below are the types of polymers under this group:

Biodegradable polymers have been used for half a century now. Still, in recent years manufacturers are shifting to the more sustainable and environmentally-friendly method of using these polymers for packaging and other commercial and industrial applications.

One of the most practical uses of biodegradable polymers is in packaging. It might sound like a small detail, but it is estimated that 41% of all known plastic waste here on Earth are from food packaging.

In the last decade, China and Germany have already made moves in endorsing biodegradable polymers for food packaging to help reduce the level of inert or non-biodegradable materials that are making landfills overflow and marine areas toxic to marine life.

Due to the inherent stability of plastics from starches and synthetic yet modified polymers, many other industries also benefit from biodegradable polymers, such as the automative industry, the medical industry, the agricultural industry, etc.

The bigger challenge is not producing the biodegradable polymers but assigning functions to these polymers in place of older types of plastic that do not naturally degrade.

This is a huge undertaking that will probably require national governments’ help to influence industries that are often resistant to changes. And for those who are worried that biodegradable polymers are weaker, they aren’t. Scientists have long pointed out that these polymers are mechanically durable and sometimes even superior to their older counterparts. So the worry that these biodegradable polymers are not worthy of production is largely uninformed and baseless. 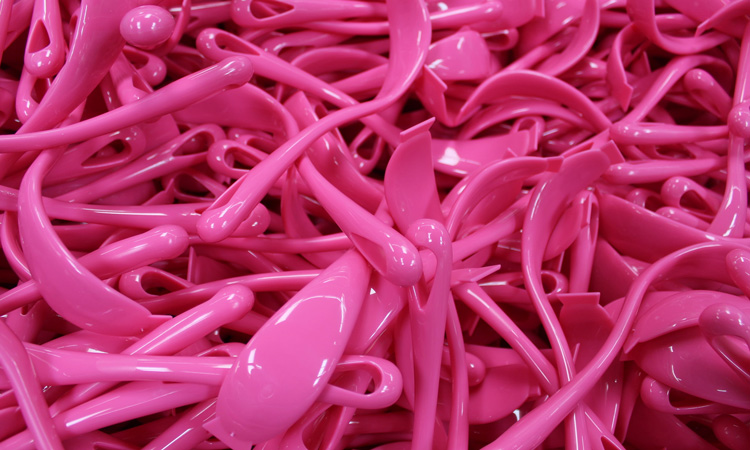 How Do Biodegradable Polymers Degrade?

Eventually, organic salts and various compounds are produced, none of which can harm the environment. This is the main benefit of shifting to truly safe compostable and biodegradable plastics.

How Do You Know If a Polymer Is Biodegradable?

A combination of factors leads to the disintegration of this type of plastic, including heat from the sun, UV rays, bacterial action, growth, etc. The changes happen at the physical and chemical levels as bioplastics turn to individual components that do not harm the environment, unlike regular plastics.

How Can Biodegradable Polymers Help the Environment?

The biggest benefit of biodegradable polymers to the environment is they will no longer add to the impossible number of inert materials that are already packed tightly, thousands of tons deep, in landfills.

We do not have enough space anymore in towns and cities to store more plastic. Only 12% of all plastic ever produced is recycled, leaving a massive plastic crisis in our hands. There is also plastic, eventually finding its way to inland water bodies and the ocean.

Marine pollution is claiming one million marine lives every year. Humans have been producing plastic for the past fifty-plus years, and we owe it to the environment to stop the crisis as we caused it. Human activities and settlements along coastlines are touted because plastic finds its way to the water. The water movement and the heat of the sun cause some of the plastic to break down, and the bits of plastic are eventually ingested by fish that we eat. In California, more than half of the fish there have traces of plastic in their bellies.