Bioplastics or biopolymers are taking the world of plastics by storm. While biopolymers are by no means new, people are amazed that plastic can be composed every year. Learn how these plastics differ from conventional plastics in today’s blog.

Do you often wonder how bioplastics are made? Different kinds of bio-based resins, including cellulose-based bioplastic, are known for being maverick solutions to plastic pollution in the world today. There are different types of bioplastics depending on the needs of the manufacturers. Many bioplastics have the same mechanical advantages as regular or conventional resins that are manufactured from petroleum derivatives.

The advantages of bioplastics can be traced to how the raw materials are sourced and how these resins impact the environment after production. Some bioplastic examples include medical devices such as patches (for delivering drugs through the skin) and threads used for medical suturing.

Overall, bioplastics have had a high level of integration with the world’s many industries, and it is now used even in construction materials. In short, humanity has once again perfected how to create a resin that can withstand moisture and heat to a degree. But how do we know that the plastics we are buying are truly biodegradable?

Yes, biopolymers are biodegradable, and they can help close the usage loop that rarely closes for conventional polymers. The raw materials used for biopolymers are taken from a cyclical or renewable loop. As the plants are growing, the material is harvested or sequestered.

The manufacturing process needed for biopolymers also produced 80% fewer greenhouse gases, which is already good for the planet because that’s one less thing to worry about. Just think if all industries are still producing greenhouse gases at 100% capacity – that’s bound to make global warming more accelerated.

Experts will repeatedly refer to the idea of carbon sequestration, where the carbon that is naturally present in plant material is captured by the fermentation and production process and is only released when the biopolymer is finally composted. Even during the decomposition process of the biopolymer, the carbon is released, not to the air, but to the soil, where microorganisms and plants need it.

Now, just so there is no confusion, only biopolymers or bioplastics that are tagged with “compostable” can be composted under certain conditions. This is one of the main requirements – it has to be done in an industrial composting facility because otherwise, the biopolymer’s compostable nature cannot be tapped, and you end up with the biopolymer in its original form. 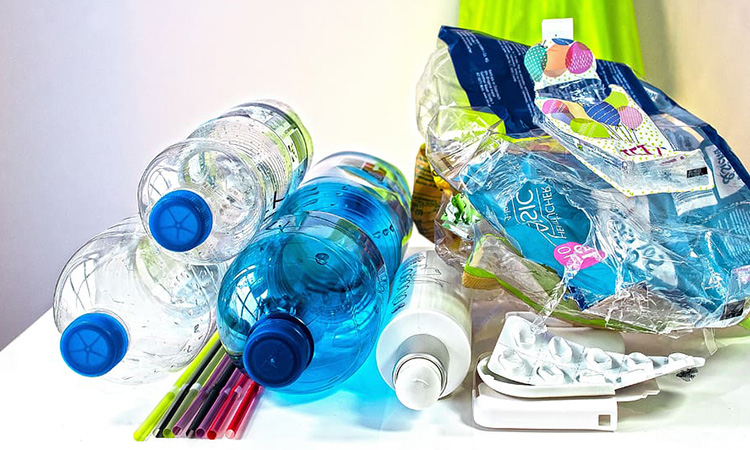 Yes, biopolymers are plastic. They are plastic because their molecular structure is similar to conventional plastic and their physical characteristics are also the same. Biopolymers occupy a special place in the history of plastic because some of the biopolymers can be compostable. They can eventually degrade until they are reduced to the most basic of constituents, including water.

What Is the Difference Between Plastic and Bioplastic?

The main difference is how these materials are produced in the first place. Conventional plastic is the third most pervasive product that is produced from petroleum derivatives. This means that plastic is dependent on fossil fuels, and fossil fuel, by its very nature, is bad for the environment. Each year, an estimated two hundred million tons of additional plastic are consumed or used worldwide. The majority of these plastics are begotten from natural gas and other types of petroleum products.

On the other hand, bioplastic is genuine plastic; only it was produced from feedstock derived from organic biomass. This is an exciting development for people who want to give the environment another shot because manufacturing plastic from organic biomass means the final product can return to its most organic form by biodegradable.

However, this is where it gets confusing because not all bioplastics are deemed biodegradable. Some can be degraded over time in the proper composting facility. However, if the said facility is not available, there will be some issues with it degrading over time. Since these are still plastics, they are chemically designed to remain physically stable for a long time.

The chances of a biopolymer degrading have a lot to do with environmental factors. Heat is a big factor. The hotter it gets, the better the degradation of the biopolymer. This means that if biopolymers are somehow transported to the ocean, they won’t bio-degrade as planned. With this in mind, we can confidently say that bioplastics are not impact-free plastics at all. They can still have a detrimental effect on the environment and people if they are not disposed of properly. The most common biomass for producing biopolymers is a sugar derived from sugarcane.

Some manufacturers can also use starch and cellulose. The bottom line here is that the base material has to come from somewhere, even if it is not organic, but the result is almost the same, but with a bigger chance of a lesser impact on the environment. This is the basic objective of developing biopolymers throughout the years. Biopolymers have to be just as strong and flexible as conventional plastics to be useful to man.