Do you get confused when you see the term “bioplastic” on some products? The world of plastic has been changing for decades, thanks to the efforts of scientists and manufacturers who want to make the world a better place to live in. Find out how the world of plastics is changing with today’s blog.

Understanding the different types of bioplastics can help you make better choices as a consumer. Are bioplastics good for the environment? What about biodegradable plastic packaging? Do they truly contribute to a cleaner and safer world? Some bioplastic examples are PLAs and cellulose-based biopolymers used extensively in the manufacture of straws, spoons, forks, food packages, and the like. If you want to know if plant-based plastic biodegradable products are worth it, read on.

How Is Bioplastic Different from Normal Plastic?

The great big difference between bioplastic and normal plastic is what happens at the end of their useful lives. Biopolymers and normal polymers are structurally identical and have similar mechanical properties, too. Both are used for various products, and biopolymers aren’t exactly far behind in terms of how many kinds of products they can be used in. So how do these differ? Let’s start with the feedstock, or the material used to produce the pellets that eventually become plastic products. Conventional plastic uses petroleum-based feedstock that doesn’t degrade over time. This is why we have trillions of tons’ worth of plastic on the earth already. It is estimated that only nine percent of global plastic production is ever recycled. This leaves 92% or more perhaps, of plastic waste unaccounted for. Where does all this plastic go? They’re left to simmer in landfills, where they release toxic chemicals into the ground and our freshwater supplies as they break down physically. The physical breakdown is not the same as decomposition. Decomposition is being able to return the material to its most basic components. Physical breakdown means the plastic is still intact – it’s just rendered into much smaller pieces than before.

Bioplastics are different right from the feedstock used to manufacture them. Bioplastics are made from organic biomass – basically, from food. Cornstarch, microalgae, and sugarcane are used primarily for creating bioplastics. They can be manufactured so that they don’t create a massive carbon footprint during the manufacturing process, and they can be composted later on. By their origin and the feedstock used, bioplastics are also touted as being less toxic and less harmful for the environment, in general. Biopolymers also lack BPA or bisphenol A, one of the deadliest components found in conventional plastics. Some conventional plastics still contain bisphenol A, so you must continue to guard the plastic you use at home to store food. Always check first if the plastic containers you are buying are marked with “BPA-free” if you plan to use the plastic container for keeping food.

Experts also believe that bioplastics significantly improve traditional plastics, and countries should fully support them as a more viable alternative to conventional plastics. Conventional plastics have wreaked havoc everywhere, and it’s no small wonder that many countries have already banned single-use plastics for years now. Single-use plastics are among the top polluters of our oceans. Plastic is already light as it is, and it’s very easy for wind and erosion to bring light plastics (including cigarette butts) to the oceans and seas. 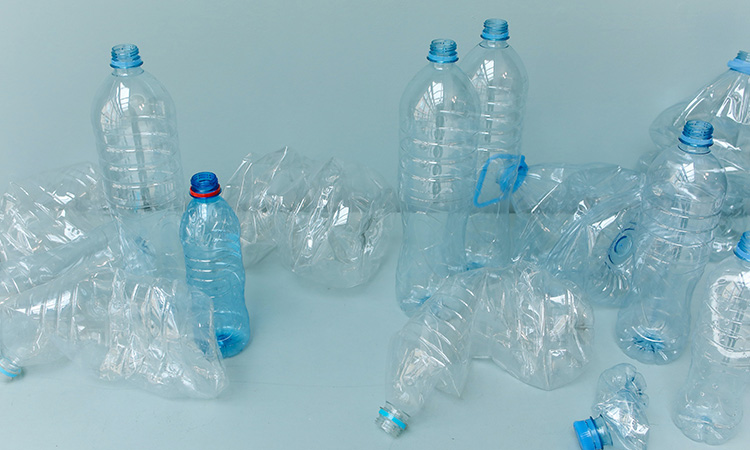 Why Is Bioplastic Better Than Normal Plastic?

Bioplastic is better than normal plastic because it can be composted, as long as the plastic-type is compostable in the first place, and there are facilities around that can take care of the process. However, keep in mind that bioplastics do not return to nature on their own, and it’s going to be a tough call if you expect bioplastics to return to nature just like that. There are also different classes of bioplastics, and not all of them are compostable, to begin with.

Yes, bioplastics can easily replace plastics for many reasons. The organic feedstock is derived from biomass that is renewable and is readily available. The United States has a steady supply of corn, for instance, and sugarcane is very common throughout the Asiatic regions. Europe can also source what it needs within its territories. There is no real reason for countries not to adopt more bioplastic production. Bioplastic production can reduce the impact of plastic products on the environment. There is a huge need for countries to activate better legislation regarding the phasing out of conventional plastics that rely primarily on petroleum byproducts to be produced in the first place.

The bioplastics economy is also a circular one – the waste is figured out, mostly, and there is less reliance on methods that produce a large carbon footprint compared to what traditional plastics have to offer.

Is Bioplastics a Good Alternative to Plastic?

We can say that bioplastics are a good alternative to plastic if there are the right facilities around to take care of them. If there are no industrial composting facilities around, they may return to nature in due time but only after a really long time.