It’s an interesting question. And it also happens to be worth answering, too – can you consume bioplastic if it is indeed made with sugarcane and cornstarch? Let’s find out if bioplastics are safe for consumption in today’s blog.

Yes, technically, you can eat bioplastic. By bioplastic, we refer to polymers created from organic biomass, like cornstarch and sugarcane. However, take this yes with a grain of salt. 3D filaments, for instance, technically edible if they are consumed without any of the usual additives that make them useful 3D printing filaments in the first place. If the 3D filaments are combined with dyes, then they are no longer edible. Our main recommendation would be to avoid eating bioplastics because bio-based polymers are rarely released from factories without additives. While these additives may be inert to water and the earth, they’re not exactly what you can call edible to humans. It would be best to avoid doing it – bioplastics are not made for human consumption.

The most common types of bioplastics like PLA are now used extensively in multiple industries, from making toys to medical patches’ mass-manufacture. Biopolymers have truly revolutionized the plastics industry, and it is bound to create more waves in the coming decades.

How Does Biodegradable Plastic Work?

There are bio-based polymers that may not be compostable. There are biodegradable and compostable ones that can completely decompose like organic matter if they are sorted and transported to an industrial composting facility.

With the right temperature and in the presence of the plastic-eating bacteria, these plastics can turn into compost, the same way that we compost leaves and food waste. It takes some time before it happens, but they’re the best for the environment because no other plastic waste is left, and the carbon sequestered from plants is returned to the earth in the process.

How does bioplastic help the environment?

This is where conventional bioplastics come into the picture. Bioplastics drastically reduce the waste associated with plastic production. There is now a clear way to get the bioplastics into a state that they will naturally decompose, and the earth will take charge of the process. 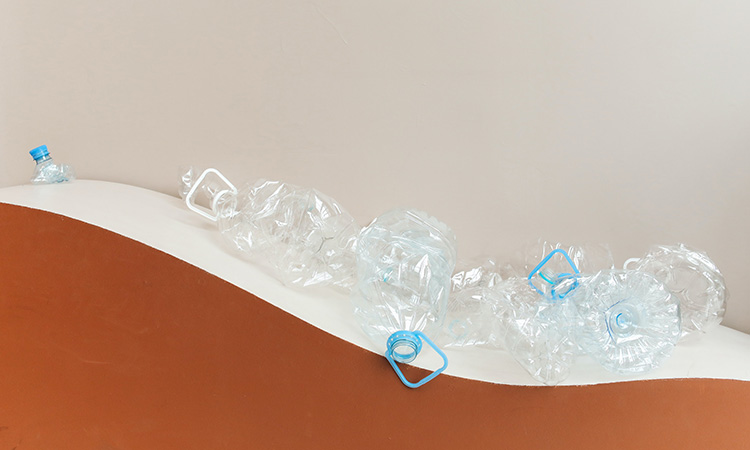 Bioplastics are considered less harmful than conventional plastics precisely because they can be degraded naturally into environmentally inert constituents.

How are bioplastics made?

Bio-based plastics are manufactured from renewable sources, closing the gap and improving the sustainability of these plastics. Conventional plastics can only ever be made from petroleum-based byproducts. Some plastic manufacturers use a hybrid form of creating plastics – a portion of the plastic product remains sourced from fossil fuel, while more than half is made from renewable sources. These mixed bioplastics or biopolymers are not completely biodegradable. The portion of the plastic that is still manufactured from petroleum products will not break down alongside the organic feedstock portion.

Bioplastics are safer for the environment because they can be degraded into inert components. However, they are not any safer for human health than their conventional plastic counterparts. According to recent studies, cellulose-based plastics and cornstarch-based plastics are the most toxic of biopolymers, and they also produce the most immediate toxic responses under laboratory conditions. In short, we are looking at bioplastics that are not as safe as we thought they are.

Current studies also reveal that the top 43 plastic types still contain over one thousand different compounds that can still be released into the immediate environment when the bioplastic is exposed to harsher conditions, such as higher temperature ranges.

These toxic substances have more or less the same effects as the toxins found in conventional plastics. They can serve as emulators of natural hormones in the body, which can trigger medical conditions in humans in the long term.

So, if you think that bio-based plastics have a higher safety profile than conventional plastics, they don’t, so you should still be wary of using these constantly for food and beverages, and make sure that you follow the instructions of the manufacturers if you do buy bioplastic food containers, beverage bottles, and baby formula bottles.

Bioplastics are touted as more eco-friendly than other types of plastics, provided that they are sorted, collected, and brought to the proper facility for composting.

How long does corn plastic take to biodegrade?

If the corn plastic is placed in an industrial composting facility, the biodegradation process will take months. Suppose the corn plastic is added to a landfill where there is barely any oxygen, and there are no bacteria to feed on the bioplastic. In that case, it will take at least a thousand years before the stability of the plastic is broken naturally by age.